What is an inheritance act claim? 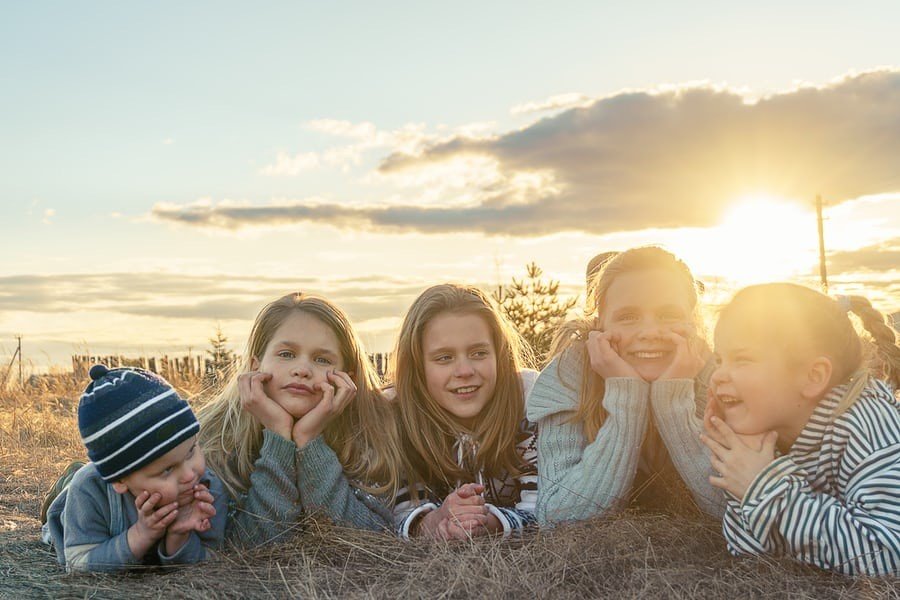 Who can make an Inheritance Act claim ?

The Inheritance (Provision for Family Dependants) Act 1975 (Inheritance Act) gives the court power to order financial provision be made in various forms is for the applicant on a successful application.

In summary, where the deceased failed to make reasonable provision for the following person they may make a claim – surviving spose, a former spouse who has not re-married, a cohabitee who has lived with the deceased for a period of two years prior to death, a child of the testator, a child of the family and any other person dependant on the deceased.

What is the time limit to make an Inheritance Act claim ?

An application under the Inheritance Act for reasonable financial provision from the Deceased’s estate must be made within 6 months from the date of the grant of representation and therefore a potential claimant should take legal advice at the earliest opportunity.

It would be prudent to apply for a standing search (form PAS1) at the Probate Registry to search for the Grant of Representation and if possible to obtain a copy of the Will.

If the person died within the last six months you use form PAS1 to ask to be sent a copy of probate if its granted in the next six months. Clearly it is vital that you know what is contained in the deceased Will, when the Grant is issued and the net and gross estate values which will be noted on the Grant. 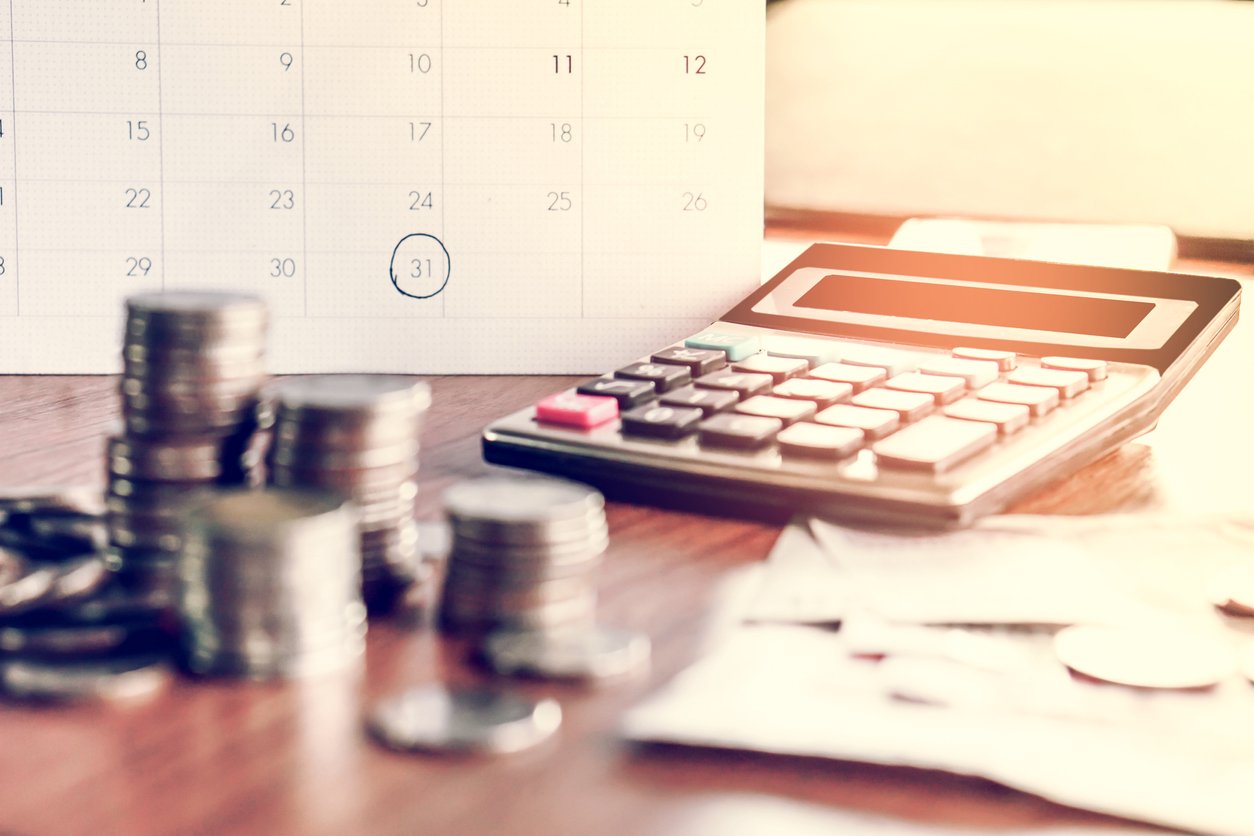 What is reasonable financial provision ?

As far as the the Inheritance Act is concerned reasonable financial provision depends on whether your a spouse, civil partner of the deceased or not.  Spouses are entitled to such financial provision as it would be reasonable in all circumstances of the case for a husband or wife to receive whether or not the provision is required for maintenance or not.

For non spouse or civil partners Section 1(3) of the Inheritance Act provides that for the purposes of the act that a applicant is maintained by the deceased if the deceased, otherwise than for full valuable consideration, was making a substantial contribution in money or money’s worth towards the reasonable needs of the applicant.

Reasonable needs can be wide in scope but take on similar characteristics as maintenance in matrimonial law. The Court will investigate the arrangements that the deceased may have entered into for the benefit of the applicant. The Court will also consider competing needs of any other applicants and the beneficiaries. 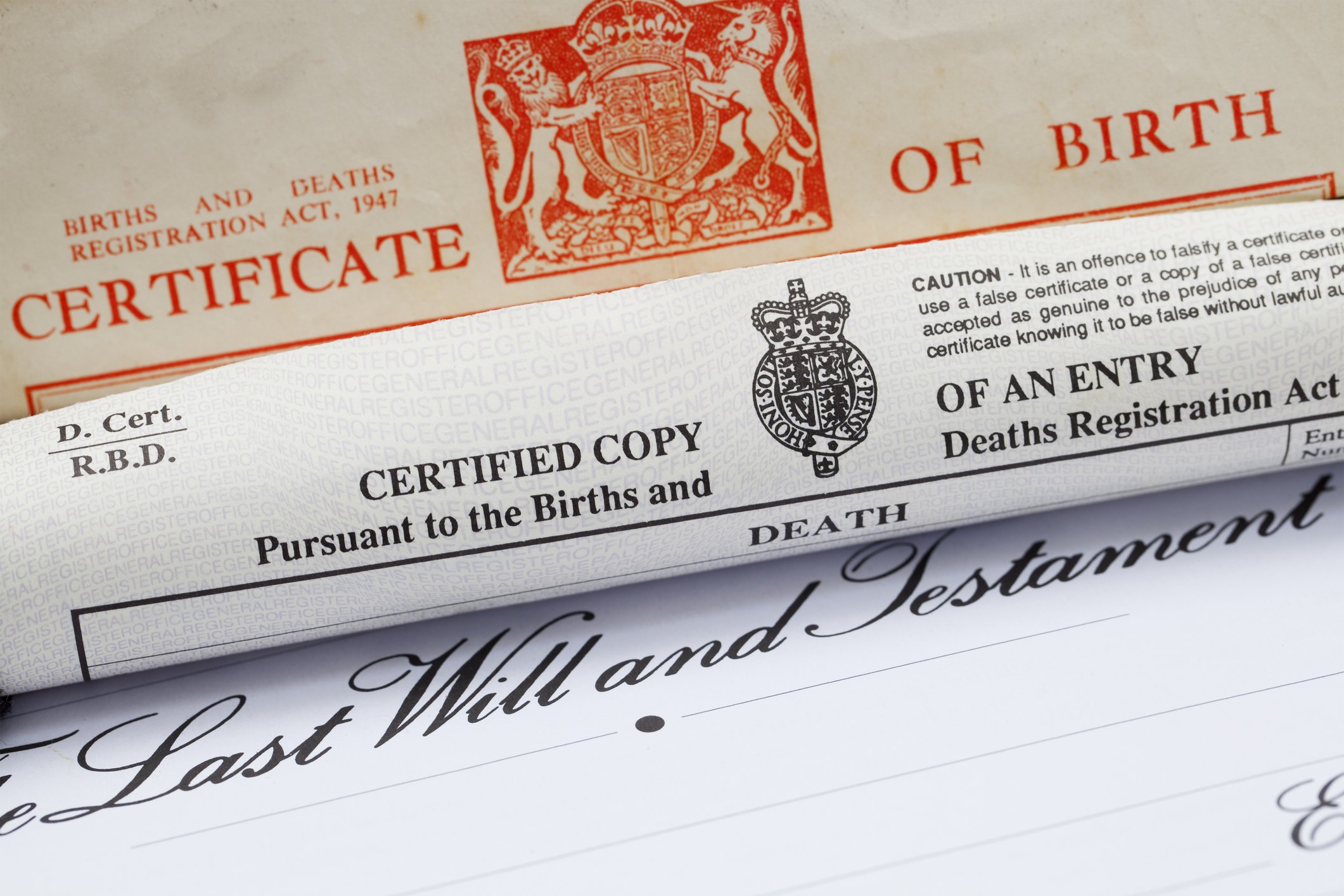 Illot v The Blue Cross and others

The case of Illott v Blue Cross is an interesting case and shows Inheritance Act principles working in practice.

The case involved an estranged mother and daughter who had not any dealings with each other twenty-six years following the daughter marrying someone whom the mother disapproved of. The mother cut the daughter out of her will and left her estate which was in the region of £500,000 to three animal charities (The Blue Cross, the RSPB and RSPCA).

Following the mother’s death, the daughter brought an application under the Inheritance Act 1975 for reasonable financial provision to be made for her from the estate. The charities opposed the application. The case was protracted and made it all the way to the Supreme Court. 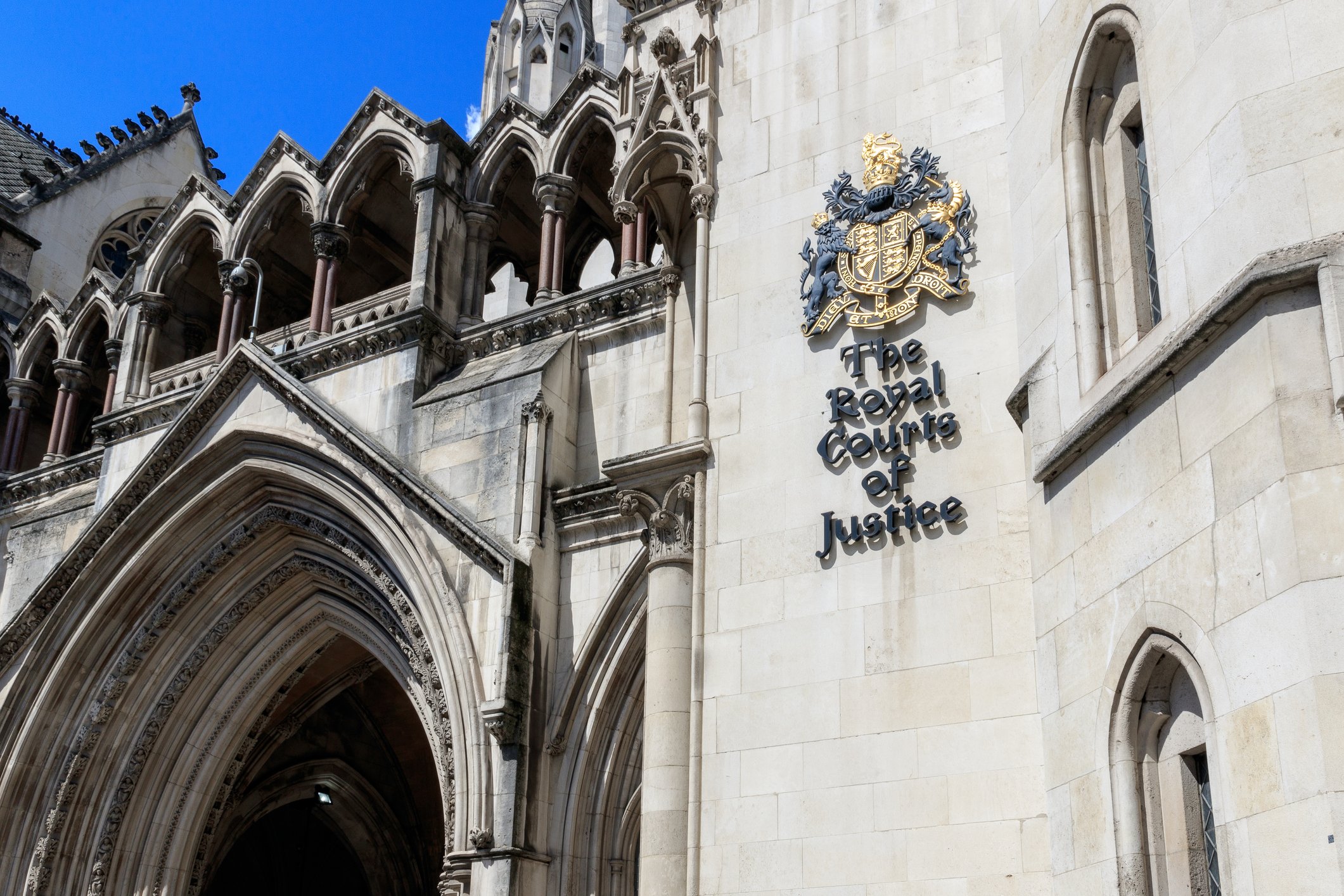 The Supreme Court found that despite their being no contact between the parties and the adult applicant living independently from the deceased she was entitled to reasonable financial provision from her mothers’ estate. The Court found that the £50,000 award by the County Court was not sufficient and the Judge had failed to consider the effect of the applicant’s loss of state benefits following her award. The Supreme Court reinforced that maintenance means the provision of income rather than capital.

The applicants award was increased to £143,000 to allow her to purchase her home that she rented, and she was also provided a capital sum of £20,000 from which her income needs could be met by draw downs. The award was structured in a way which allowed the applicant to retain state benefits.

This case does not alter a testators right to leave their estate to whoever they wish, nor does it create a precedent for a duty to maintain adult children (obviously with spouses and minors there is a duty on the testator to make reasonable financial provision for them).

The Supreme Court noted that the Judge at first instance “might have declined to make any order at all. The applicant was self-sufficient, albeit largely dependent on public funds, and had been so for many years. She had no expectation of inheriting anything from her mother. She had not looked after her mother. She had not contributed to the acquisition of her mother’s wealth. Rather than giving her mother pleasure, she had been a sad disappointment to her. The law has not, or not yet, recognised a public interest in expecting or obliging parents to support their adult children to save the public money”. However, the Judge at first instance found the deceased to have acted in an “unreasonable, capricious and harsh way to her daughter” and that an award was Justified. 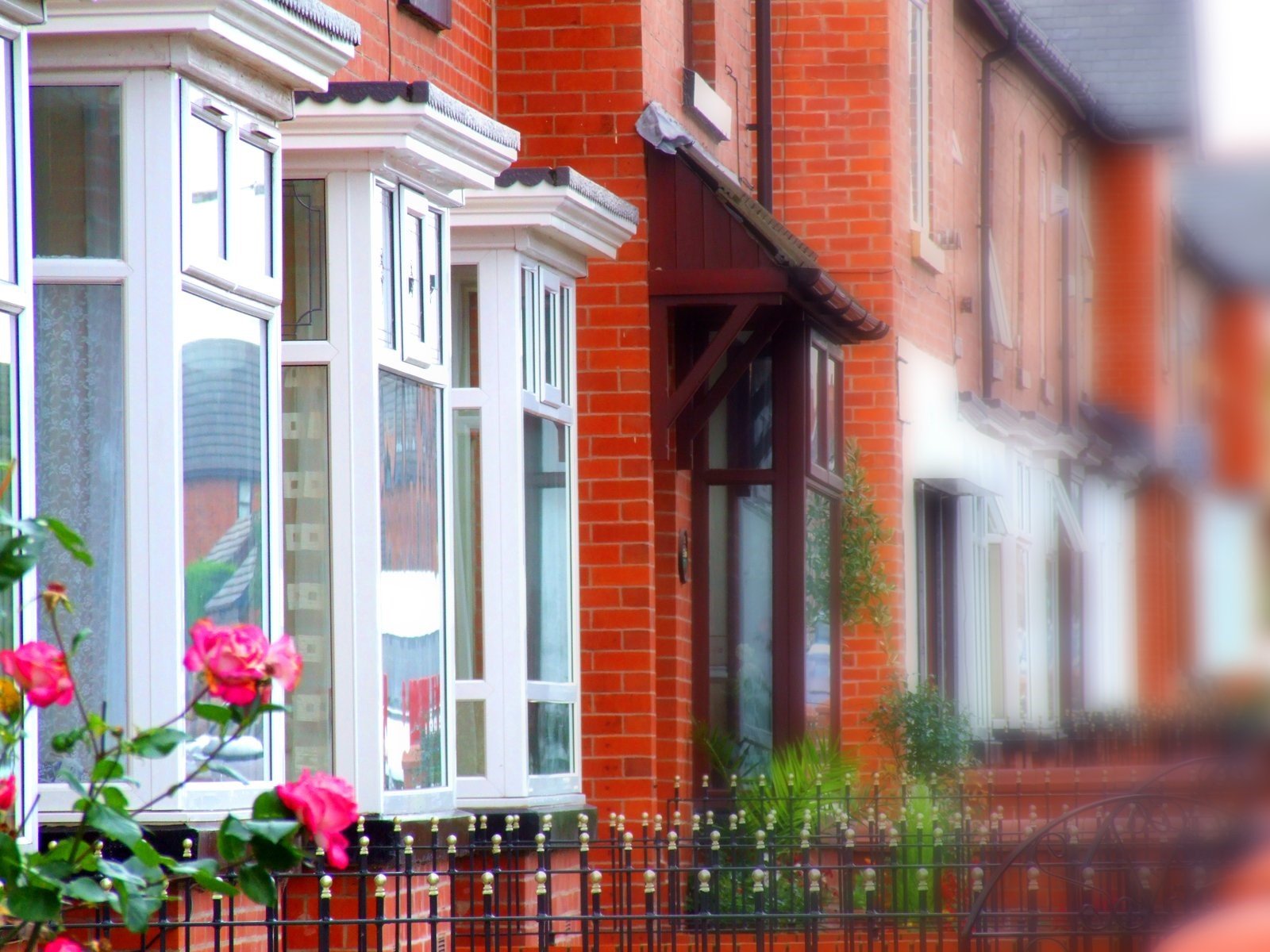 As the Judge at first instance had not erred in law and the exercise of his discretion had not been plainly wrong neither the Court of Appeal nor the Supreme Court could revisit the issue of whether reasonable financial provision should be made. The issues to be addressed was whether reasonable financial provision had been made for the applicant by the Judge at first instance and the answer to this was no.

This case is useful for applicants seeking reasonable provision and looks in detail at maintenance, but it should also be remembered that the Judge at first instance could have found the adult applicant in this case was not entitled to any provision from the estate. Each case is going to be fact specific in respect of whether it is reasonable that financial provision be granted and to what should be granted.

What can the Court order?

The Court has a wide range of powers at its disposal such as periodical payments from the estate, a lump sum payment, the transfer of a particular asset, settlement of property, the acquisition of property, the variation of any ante-nuptial agreement or post-nuptial settlement.

Can a former Spouse who has divorced make an Inheritance Act Claim ?

Section 14 of the Inheritance Act 1975 states that within twelve months of the date on which a decree of divorce or nullity of marriage has been made absolute or a decree of Judicial separation has been been granted, where a party to the former marriage dies and no order has been made under Section 23 of the Matrimonial Causes Act 1973 nor a Property Adjustment under Section 24 of the Act has been made then in these circumstances the former spouse can make an Inheritance Act Application for financial provision from the deceased former spouses estate. 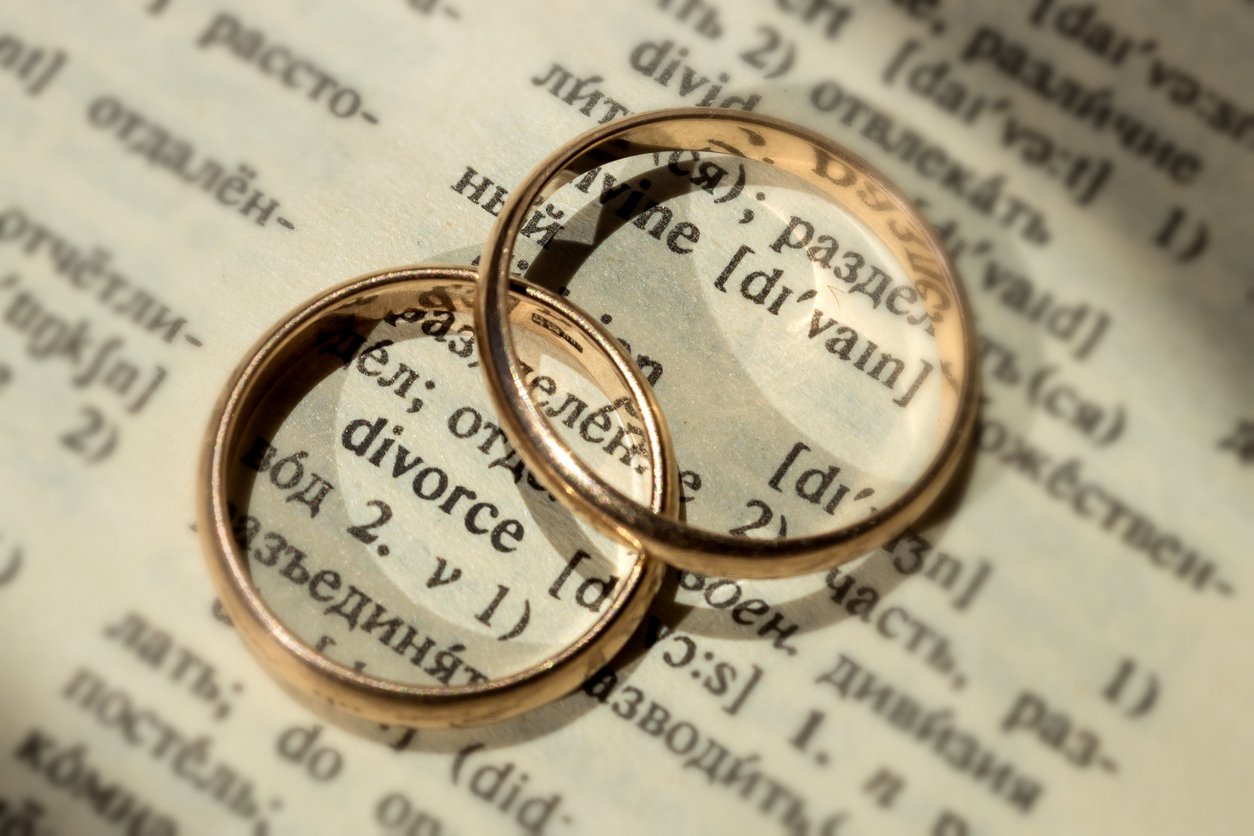 Can Grandchildren make a claim under the Inheritance Act?

Grandchildren can make a claim for provision from the deceased estate under the Inheritance Act and this also applies to adult grandchildren. The recent case of Delaforte v Flood & anr [2021] WTLR is a case in which the claimant a grandchild of the deceased brought a successful claim for reasonable financial provision from the estate of her grandmother. The deceased suffered from vascular dementia and had broken her hip which had resulted in hospital admission. The position was that the deceased would not be able to return to her home to live without assistance. The claimant agreed in 2008 to act as the deceased full-time career and moved into her home.

It was accepted that the deceased was an extremely challenging person to care for and that the Claimant had provided loving personal care and companionship to the deceased. The claimant received carers allowance and received £100 pounds a month of additional top up funding from the deceased. Given that the care provided was on 24 hour 6 days a week basis the remuneration was nowhere near the market rate for such care. The Claimant gave up her employment as a Ballet Dancer and clearly could not have sort employment working as a full-time live-in career.

In 2016 the deceased died leaving an estate of approximately £430,000. The deceased’s 2006 will directed that her estate was t be divided between the deceased’s son and daughter making no provision for the Claimant save for an old vehicle with little value. The Claimant was in a poor position following her grandmother’s death given she had dedicated approximately 8 years of her life to caring for her grandmother for little to no renumeration.

The Court found that immediately before the death of the deceased the Claimant was being maintained, either wholly or partly, by the deceased. Therefore, under Sections s(1)(1)(e) of the 1975 Inheritance Act the Claimant was entitled to make an application for reasonable financial provision from the estate. The Court went on to find that reasonable financial provision had not be made for the claimant and said the following-

“The capital sum which should be awarded, not being a reward for meritorious conduct in providing devoted care, was simply reasonable financial provision for maintenance assessed as a lump sum of £110,000. Having regard to the size of the net estate and the differing financial resources of the defendants, the burden of the payment should be borne by them in the ratio of 60 – first defendant, 40 – second defendant”.